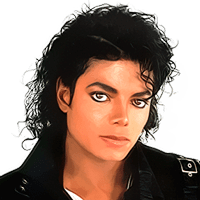 -Turn that noise off!

-I thought I told you to turn that thing off.

It is too late and it’s too loud.

-But dad, this is the best part!

-You are wasting your time with this garbage.

is going to be very upset when he gets back.

I took my baby on a saturday bang

Boy is that girl with you

Yes we're one and the same

Now I believe in miracles

And a miracle has happened tonight

They print my message in the saturday sun

I had to tell them I ain't second to none

And I told about equality

And it's true either you're wrong or you're right

I’m tired of this devil

I’m tired of this stuff

I’m tired of this business

So when the going gets rough

I ain't scared of your brother

I ain't scared of no sheets

I ain't scared of nobody

Girl, when the goin' gets mean

Protection for gangs, clubs, and nations

It's a turf war on a global scale

I'd rather hear both sides of the tale

See, it's not about races just places, faces

Where your blood comes from

Is where your space is

I've seen the bright get duller

I'm not gonna spend my life being a color

Don't tell me you agree with me

When I saw you kicking dirt in my eye

I said if you're thinkin' of being my baby

I said if you're thinkin' of being my brother

It's tough for you to get by

It's tough for you to get by

Alright. That was perfect.

How d’you do that?

one and the same

better than everything else
This is an excellent car—second to none
Her suggestion was second to none, and the manager accepted it eagerly.

The newspaper in which Michael's message was printed

bed linen sometime "sheets" refer to the garb worn by the KKK. KKK wear "sheets." As a black or non-white person, it is typical to be afraid of KKK and their "sheets"

when the going gets rough

when a situation becomes difficult or unpleasant
I run the farm on my own but a local boy helps me out when the going gets tough.

sorrow
After the fire the whole town was gripped by grief and sorrow.
We have to deal with the kind of misogyny that leads to this suffering and grief.

A dispute between criminals or gangs over the right to operate within a particular area. Any dispute in which one party seeks to obtain increased rights or influence
A turf war erupted between street gangs
The president's resignation was the result of a turf war with the board of directors

not bright, intense, or clear; dim:
A dull day
A dull sound

kicking dirt in my eye

Kicking dirt in my eye could be explained as teasing, offending, or insulting one’s uniqueness.

person: strong
The football player was so tough that he played with a fractured rib.

To be able to live or deal with a situation with difficulty, usually by having just enough of something you need, such as money
She just need a little money to get by