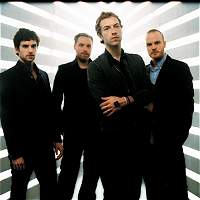 When the tears come  (streaming) down your face
When you lose something you can't  (replace)
When you love someone but it goes to  (waste)
Could it be worse?

Blythe Danner, the mother of Gwyneth Paltrow, and former mother-in-law of Chris Martin, stated in an interview that Martin 'wrote the song for Gwyneth when her father died and I weep every time I hear it'.

When writing the song, Martin used an old keyboard that his late father-in-law, Bruce Paltrow, to whom the song is dedicated, gave to his daughter.

Martin said "Fix You is probably the most important song we've ever written". Martin's word is gold.

This song deals with true love, helping someone in your time of need, and learning from your mistakes
The song is about life itself, about going through it, about falling down, making mistakes, falling in love, losing that love,
Just about everything that could go wrong... but in the end, no matter what, "lights will guide you home", wherever that may be, and you will have someone to lean on.

To forget about something; to not worry.
I’m sorry that you didn’t get the job you wanted. But you need to let it go so that you can focus on your next interview and your future!