Pride (in The Name Of Love) 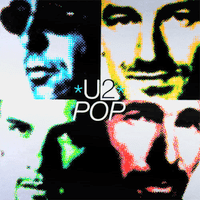 ‘Pride (In The Name Of Love),’ was a tribute to Dr. Martin Luther King. The civil rights pioneer was assassinated on April 4, 1968.

Though initially written as a song condemning president Ronald Reagan and his pride in the military strength of the U.S., a visit to an MLK exhibit at the Chicago Peace Museum in 1983 along with a couple of books that Bono had been reading at the time, one on Martin Luther King and Malcom X, altered the lyrics.

The song contains the erroneous reference to King's shooting as "Early morning, April 4," when it actually occurred after 6 p.m. Bono acknowledges the error and in live performances he occasionally changes the lyric to "Early evening...."


Early morning, April four
Shot rings out in the Memphis sky
Free at last, they took your life
They could not take your pride

leader: remove from power)
The king was overthrown in a military coup.

they took your life

A sense of one's own proper dignity or value; self-respect

to free from the guilt of sin

To be brought to shore by the tide

To be be disloyal
Charles I of England was executed for betraying his country.