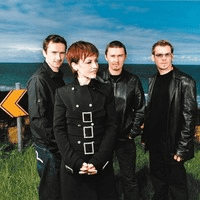 On 1995, in an interview given to Evelyn McDonnell, Dolores said : “On the second album I wanted “Zombie” to be a really aggressive song because it was about an aggressive subject: a child’s life being taken by violence.”

On 1995, in an article of the magazine Vox Dolores explained: “It was written on an English tour about a year-and-a-half ago, when there was a big eruption of trouble between Northern Ireland and London, and it was doing my head in. For a while, things were gnawing at me about the whole bombings thing, and I was reading articles about what was going on in Bosnia and the way women and, more painfully, kids were being treated. At that time there was the bomb in Warrington, and those boys were killed. I remember seeing one of the mothers on television, just devastated. I felt so sad for her, that she’d carried him for nine months, been through all the morning sickness, the whole thing, and some…prick, some airhead who thought he was making a point, did that.”
She added: “The IRA are not me. I’m not the IRA. The Cranberries are not the IRA. My family are not. When it says in the song,”It’s not me, it’s not my family”, that’s what I’m saying. It’s not Ireland, it’s some idiots living in the past, living for a dream. OK, I know that they have their problems up there, but there was no reason why that child should have been taken, why that woman should have gone through that […] I really don’t give a shit-excuse the vulgarity- but don’t care whether it’s Protestant or Catholic, I don’t care whether it’s England or Ireland. At the end of the day I care about the fact that innocent people are being harmed. That’s what provoked me to write the song, it was nothing to do with writing a song about it because I’m Irish.”

On march 1995, in an interview given to Soundi Magazine, Fergal said: “It’s about a bomb in London about a year and a half ago, when the explosion killed an innocent child. It’s not about IRA, it’s about what the terrorism and wars do to people. It’s about people’s feelings, it’s not a political statement.”

Another head hangs.lowly
Child is slowly taken
And the violence caused such silence
who are we mistaken